A great IDE contains features that increase your coding speed and accuracy so you can focus on your program’s logic. One of my favorite productivity enhancers, content assist, has been bundled in Visual Studio Code for IBM i since its inception. Content assist gives you autocomplete options for code as you write it, reducing syntax errors.

A linter is a static code analysis tool used to flag programming errors, bugs, stylistic errors and suspicious constructs. It’s like a giant lint roller, but one that captures sloppy code rather than cat hairs. Some linters already existed for RPGLE, like rpglelint, which was a big inspiration for this extension feature.

Our linter has lint options for:

So, as of just a few days ago, you can now download the new RPGLE language tools extension (codename vscode-rpgle) from the Visual Studio Code Marketplace. The extension adds a magnitude of functionality for writing free-format RPGLE, such as:

Getting started with RPGLE linting

The RPGLE language tools extension depends on Code for IBM i to access source code from /copy and /include statements, so make sure you have already installed Code for IBM i. From there: 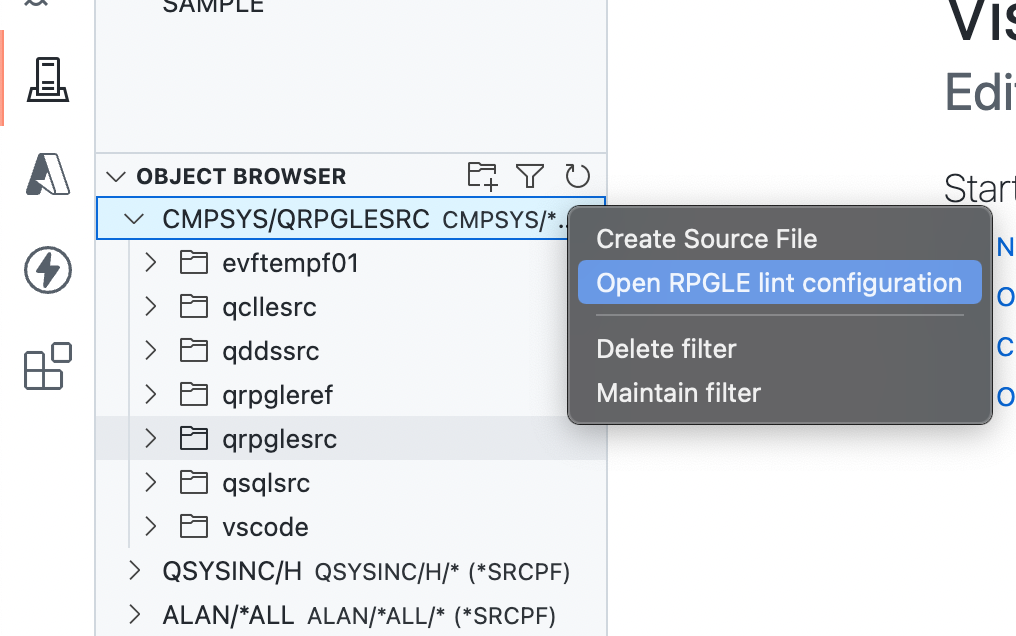 If the lint configuration doesn’t exist, it will prompt you to create one. This feature will create a source file called vscode in the chosen library, and rpglint.json inside of that source file. It will be created with some default options turned on. This is not an opinionated linter, but we default with the most useful ones enabled.

From there, you can open any **FREE RPGLE source code and expect the linter to do the job! 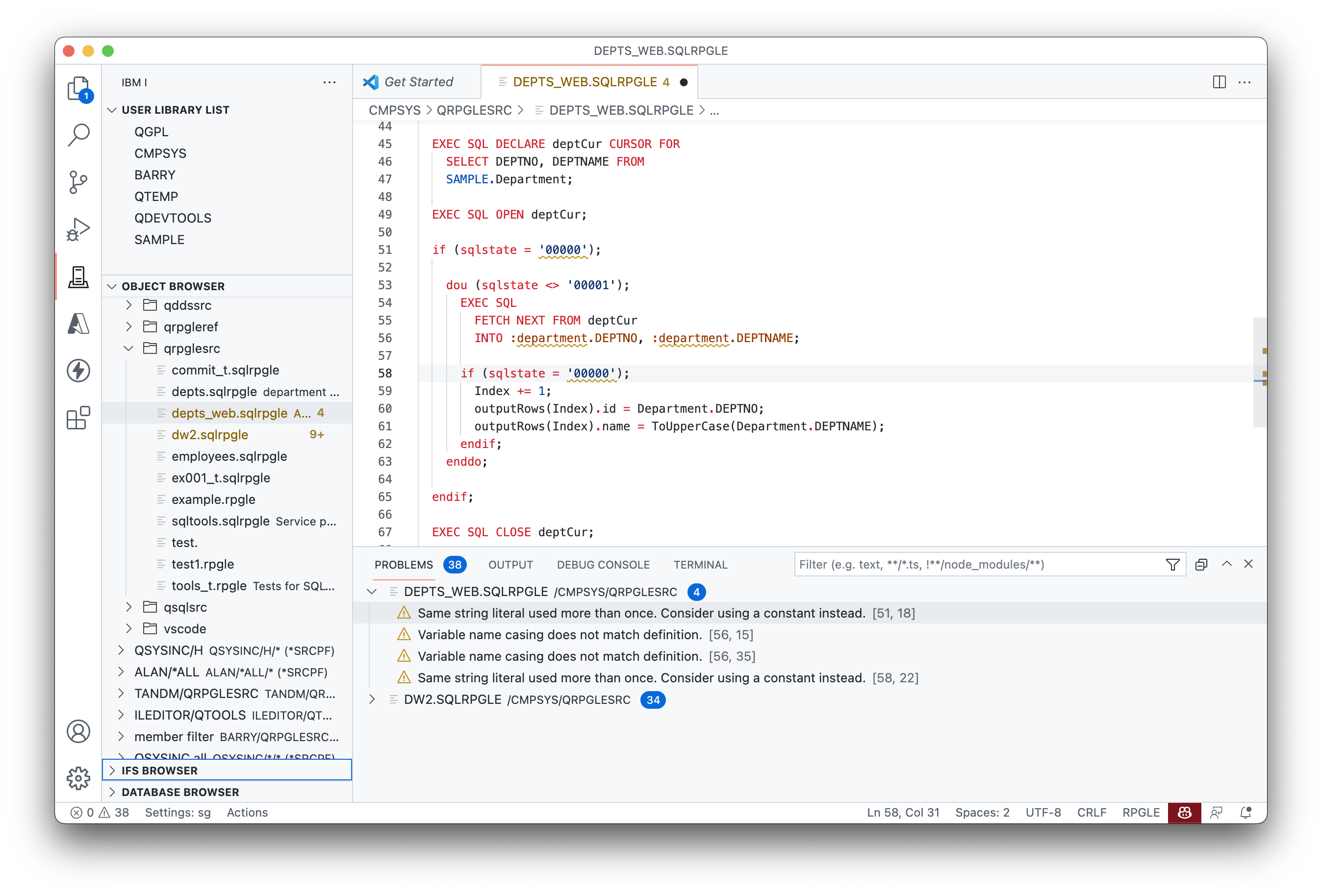 Do you have ideas for other enhancements to VS Code for IBM i? Tell me about them!

Want to join the discussion?
Feel free to contribute!

This site uses Akismet to reduce spam. Learn how your comment data is processed.

Optimize Your IBM i Web Application Using FastCGI PHP 8.1 Released for IBM i
Scroll to top