Node.js and IBM i – Getting Started Guide

This guide will outline writing your first Node.js application. Node.js is a packaged version of the V8 Javascript engine, created by Google and shipped in Chromium. Although Node.js is cross-platform, specific tips for IBM i are given in section 8.

This is not a JavaScript tutorial. If you haven’t used JavaScript before, please read up on the following JavaScript references first: 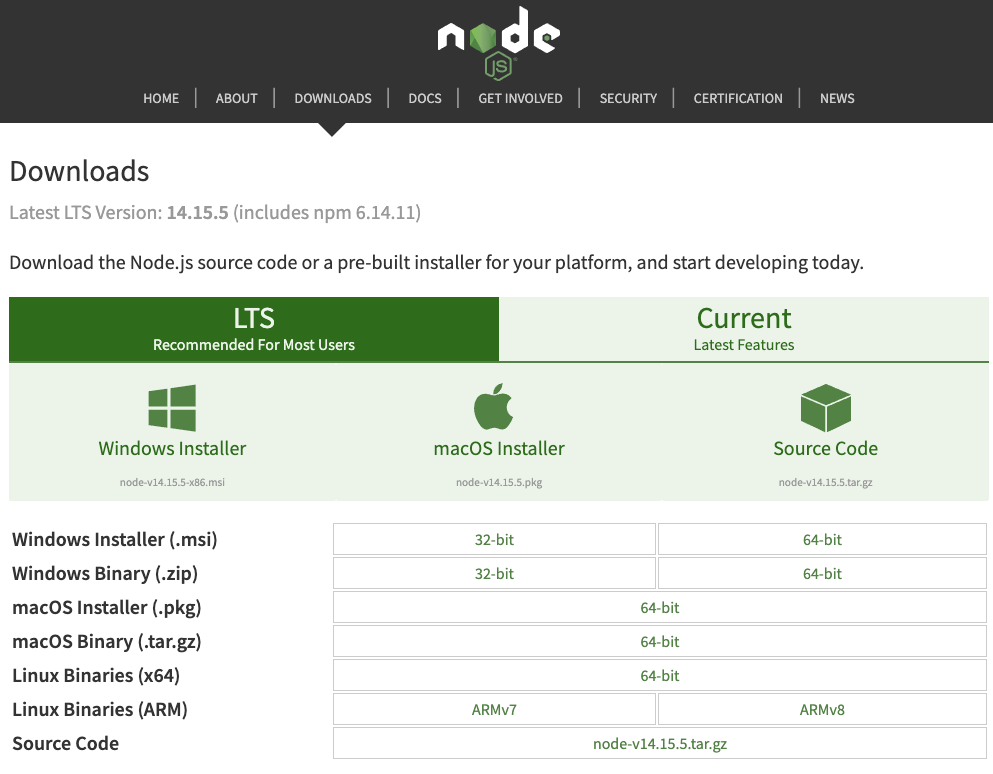 As well as Node.js, you need an IDE to write JavaScript code. The most popular choice for newcomers is Visual Studio Code (also known as ‘vscode’ or Code). Visual Studio Code is free, and provides useful tools and extensions for writing JavaScript. VS Code is created and maintained by Microsoft and is available for free: https://code.visualstudio.com/download 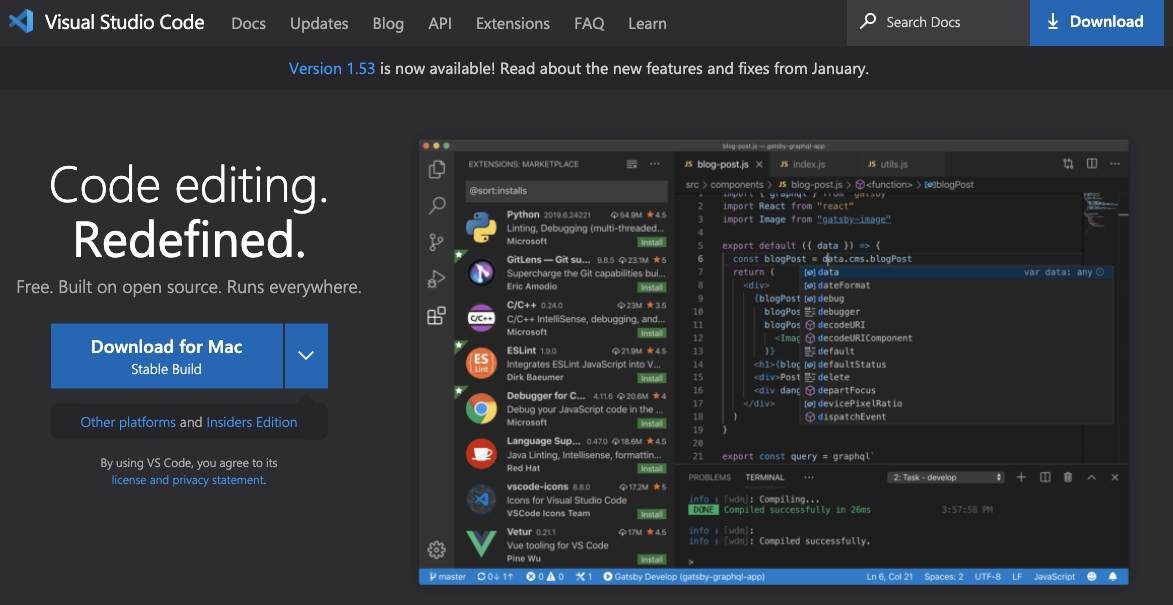 You are going to use Visual Studio code to write your first ‘hello world’ script. Firstly, you should create a directory to place your first Node.js project.

Then, in Code, use Ctrl+O or File->Open and open the directory.

You will see that the directory is empty, so you will want to create your first Node.js script. Node.js has two common names for entry point files (the file that is run first in your app). 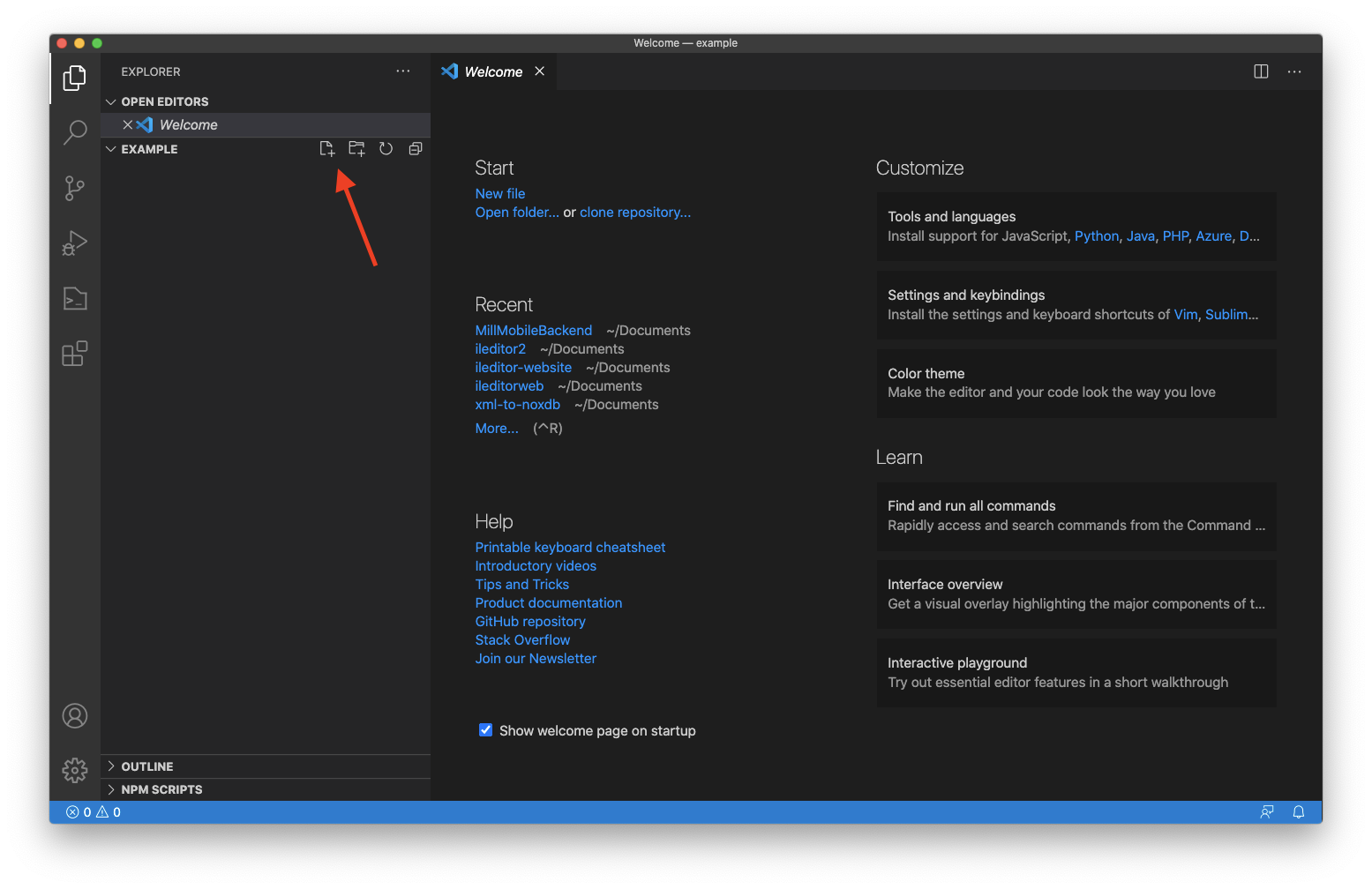 You can also press Ctrl+N to create a new blank file. Your first ‘hello world’ script is going to consist simply of one line:

Running your script from the command line

You are able to run your script from any command line. On Mac, the usual would be Terminal and on Windows it would be Command Prompt or Powershell.

When running from the command line, you will need to set your working directory to the directory you created which has your Node.js script in. You can do this using the cd command. You can then use the node command to execute your script. The second argument to the node command is the name of the script.

VS Code has an integrated Terminal window, which just hosts your systems terminal inside of it. When you launch the Terminal from Code, the default working directory will be the directory you have open in Code (so by this time it should be your project directory).

Code’s Terminal window usually lives towards the bottom of the application. You can press Ctrl+J to show and hide that window. That window has a tab called Terminal, which you should click when you see it. 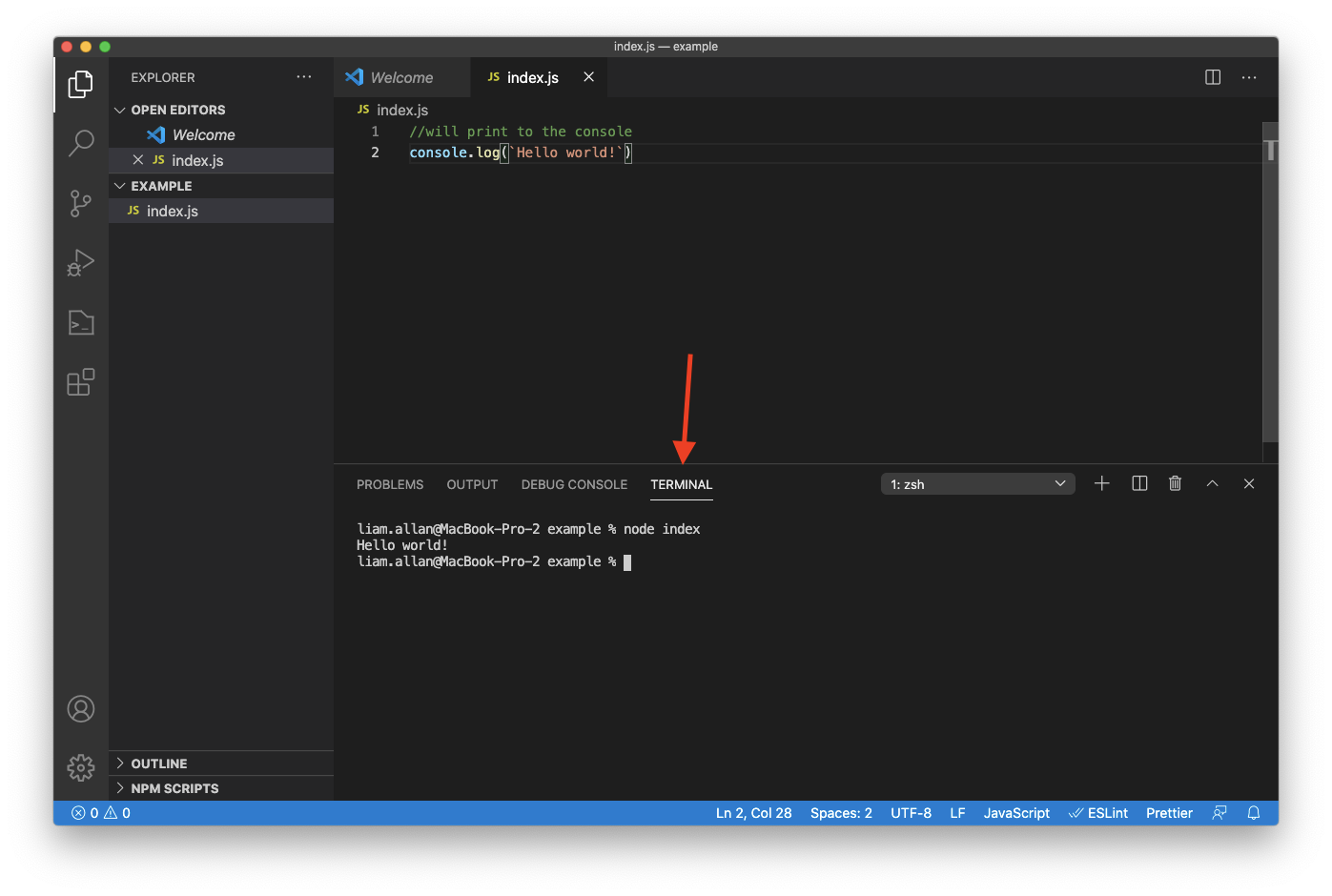 VS Code has an integrated debugger which will prove very useful in the future. It can also be be used to simply run our code.

Pressing Ctrl+J will show and hide a window at the bottom of the application. That window will have a ‘Debug Output’, which will have your debug output (like your console.log).

To run your script, make sure you have your script as the currently open tab, then just press F5. You may see a drop down menu appear at the top of VS Code which allows you to select your application’s runtime. You can select Node.js: 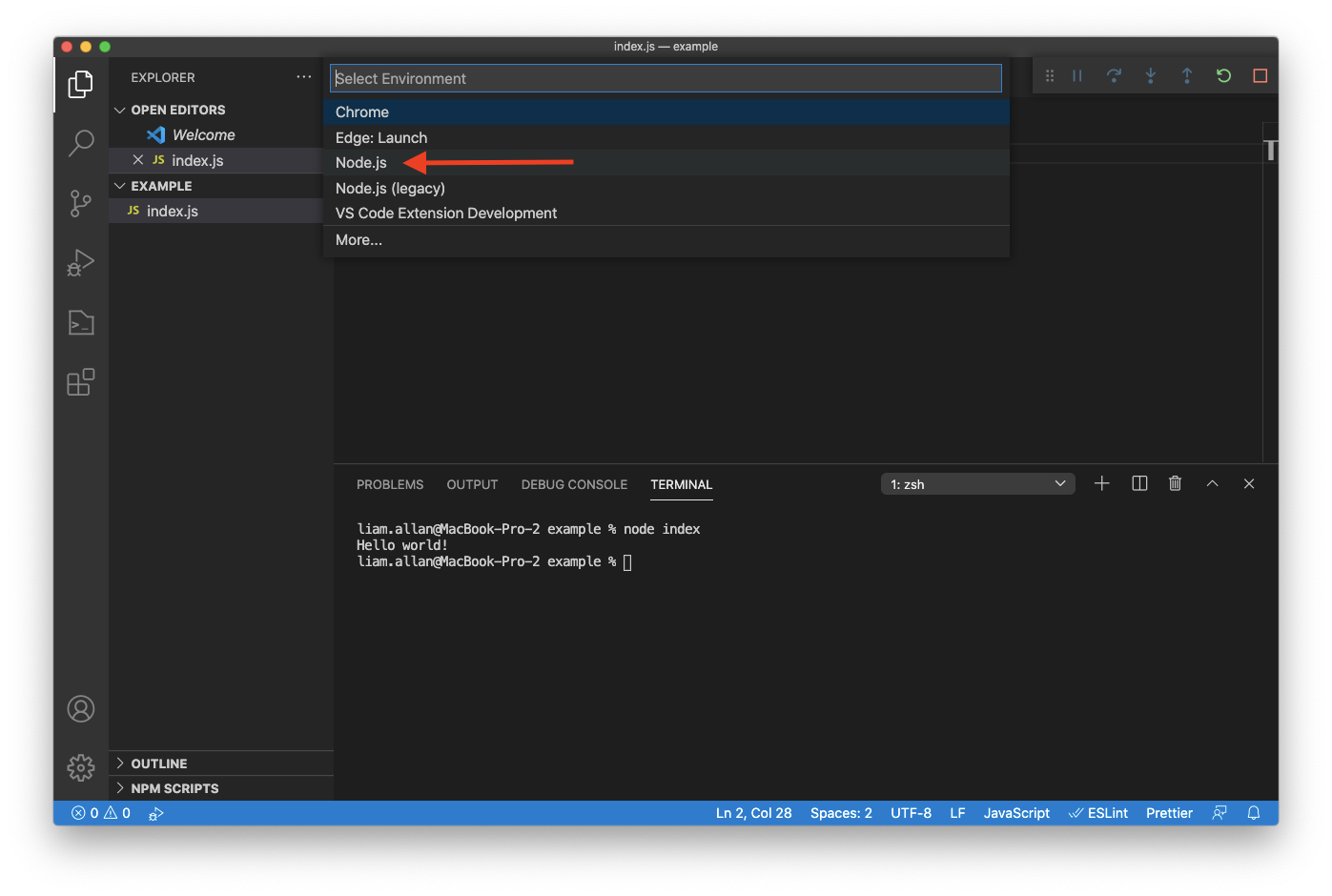 After selecting that, your application should run and you should see the console output in the Debug Output. 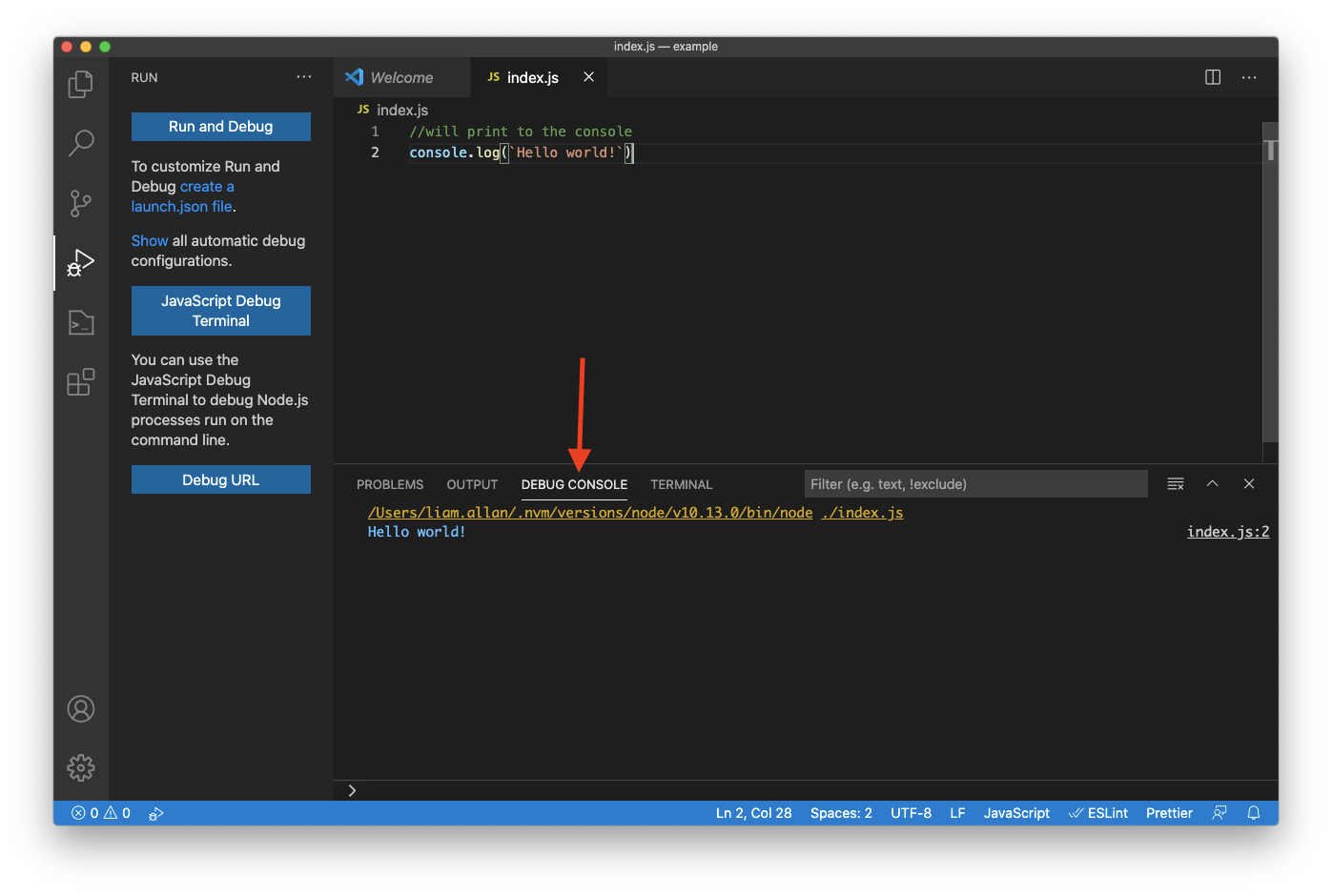 Note: Every time you hit F5 you will have to select your application runtime. To skip this, you can optionally create a launch.json, which will store your debug configuration. Then, when you start debugging it will just run your application instead.

Something Node.js is good at is writing web applications. While it is useful for serving web pages, it is especially useful for restful APIs.

Node.js has a built-in web server, meaning that while you don’t need to run Apache or nginx as web servers to access your app (like you would for PHP)—although it is common when running in production to use a front end web server on top of Node.js.

To make use of the Node.js web server, we use a module called express.js. express.js is a free and open-source framework that makes using the Node.js web APIs a ton easier by wrapping them in simpler functions we use.

To install express.js (‘express’ for short), we need to use the Node Package Manager (npm for short). npm is installed along with Node.js and is available to use on the command line (just like the node command).

When you install modules from npm it:

Now that you have express installed, you can use it in your app. Replace your existing script with the following code:

To summarize, this will start a web server running on port 5000. The app is listening for requests on the root page (/) and will send Hello world! as the response.

You can start your app as you did earlier in the tutorial, either in the command line/Terminal or with the VS Code debugger.

When your app has started, you can go to http://localhost:PORT/ where PORT is the port number you defined in the script. You should be treated with ‘Hello world!’

VS Code has a very good debugger built in. When you start your application using the built-in debugger you will see that the bar at the bottom will turn orange. That means your app is running and is ready to be debugged. As you already know, you will be able to see any standard out or error in the Debug Console.

To set a breakpoint, hover over the line number and you will see a light red circle show up to the left of the number: 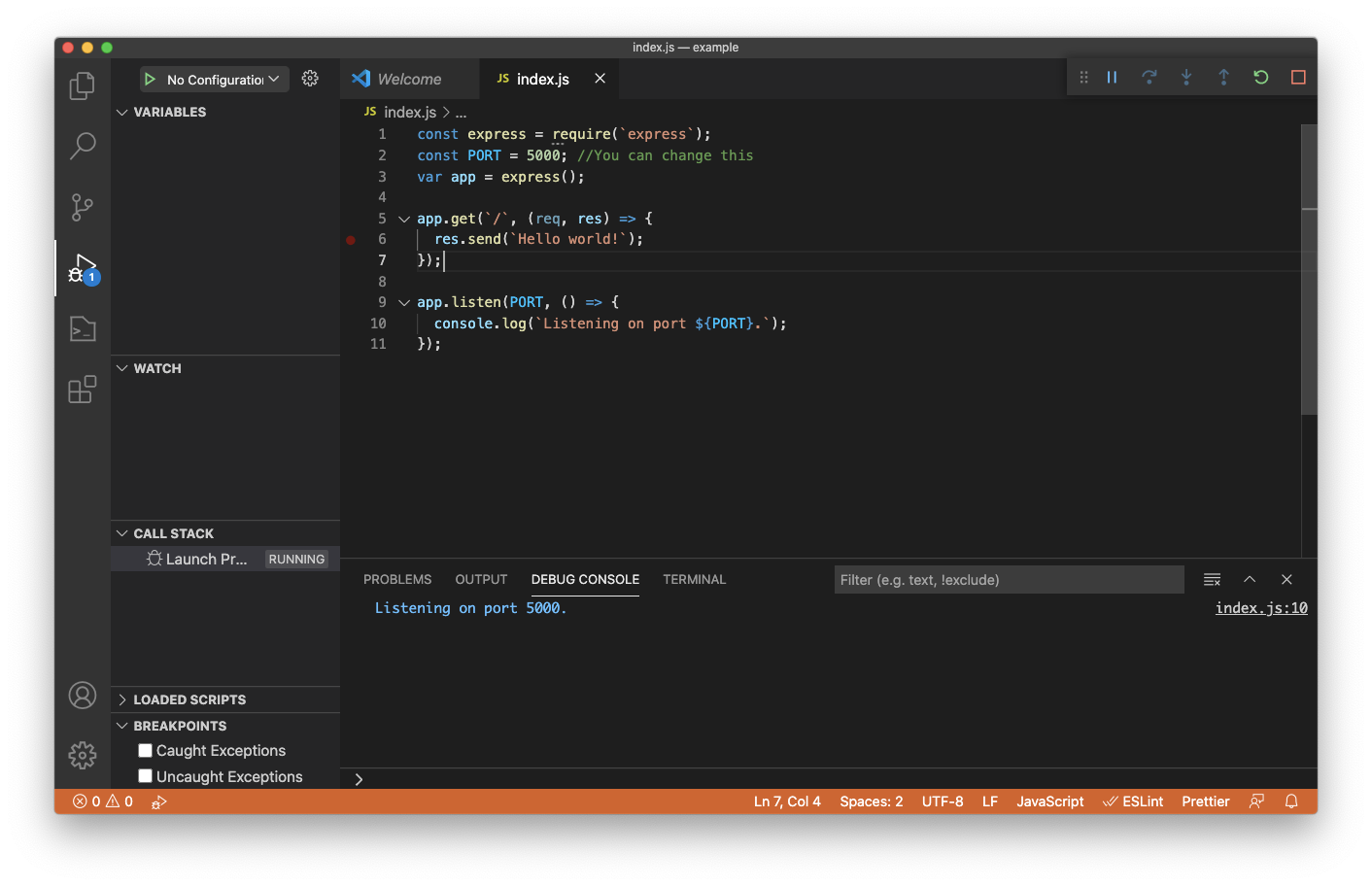 If you click on the circle, it will make the circle become solid. This means a breakpoint has been set on this line. When your breakpoint has been hit, VS Code will appear and will highlight the line which is currently being debugged. From here, you can use the input box to evaluate expressions or continue to step through your script.

Testing web APIs is something that a web browser cannot do alone. For API testing, you should also install Postman. Postman is a free API client that allows you to create collections of APIs, setup variables between APIs and also run automated tests on them. You can download Postman here: https://www.postman.com/product/rest-client/

The HTTP protocol is a complicated mess. Using express really does make it easier for you. Express deals with routing, middleware, HTTP methods, headers, and much more.

In this example, we’ll be looking at creating two APIs, that both work with JSON.

Our to-do list will not come from a database. To make things simple for now, you will just define the list as a variable in your app that all your APIs can use.

First, let’s define the base of the application.

The next step is to build two routes for your app.

A standard GET API is used to only return data, and that’s what we will do. Let’s create this route.

This GET API simply returns an object with one property called todoList, which is an array of strings.

A POST API is used to usually create data, which in the case of adding to our to-do list, is what we’re doing—creating a ‘todo item’.

This is where Postman is required. Web browsers can easily call GET APIs from any URL, but do not call any API using the POST method.

You may call your APIs in the following order to test them.

Installing ODBC & Connecting to IBM i

This is mostly one process. There are two parts to use ODBC with Node.js:

I wrote another guide on how to do this, which you can find here.

Node.js has become a popular web and API developments tool both on IBM i and off. Experienced developers are able to build applications with Node quickly, including for mobile apps. If you would like us to build you a great application in Node.js using IBM i data, get in touch.